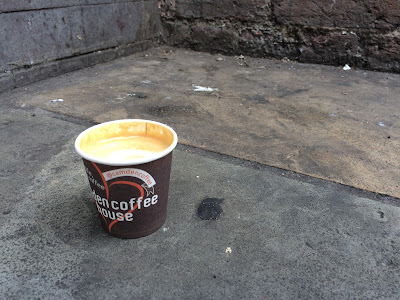 While today wasn't a spectacular day for photography, it was rich for serendipity. Buried in my inbox this morning was an invite to offices of Kano, an education technology startup over near Whitechapel. Kate and I went along mostly because we could, and it was truly exciting to see a busy team of humans preparing to launch a product to market, mingling with friends, colleagues, and backers of their original Raspberry Pi kits from 2014, like us.

Their new kits feature a camera, a speaker, and a light board - all fully programmable, and assembled by their users. If they're half as much fun to use as the original kits, they'll have no trouble hitting the cool $500,000 USD they're asking for. 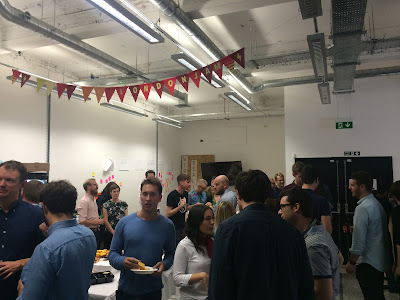 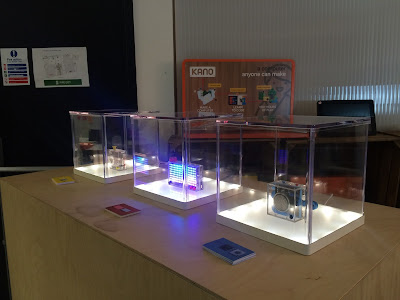 While Sydney has it's own share of technology startups, it still felt special to be part of something like this. It was wonderful to see the evolution of something I'd put money into back in the day, and better still it was great to talk to some of the young people who had used the Kano kits to spark their own interest in coding and technology. As an artist, and later an educator, I've long been interested in helping others to realise their ideas - to create rather than passively receive.

The ongoing trend of teaching young people to code is but one manifestation of this idea, and I'm more than a little curious to see what happens in twenty years time to the people who got their start as creators thanks to tools like these.